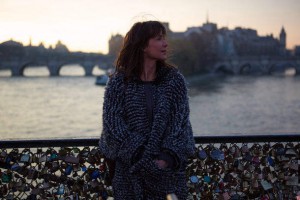 For the fifth year running, L’Oréal Paris returns as the Gold Sponsor of the Alliance Française French Film Festival.

Tickets cost $30 which includes a L’Oréal Paris gift bag and a glass of bubbles on arrival. The L’Oréal Paris Beauty Station will be at each theatre to look after guests’ beauty needs.

All funds raised from the screenings assist Breast Cancer Cure – a not-for-profit charity – in moving closer towards a future free of the fear of breast cancer for Kiwi women. Currently New Zealand has the third highest death rate from breast cancer in the western world.

“Every dollar raised will be allocated to New Zealand research institutions and researchers to help protect the next generation of young women from the trauma that many of their mothers and grandmothers currently face in battling breast cancer,” says Breast Cancer Cure general manager Phillipa Green.

“The alignment with L’Oréal Paris is a mutually beneficial partnership targeted at women for women, where both organisations strive to achieve the goal of finding a cure for breast cancer by 2018.”

Charity screening venues and dates are:

Charity screening tickets are available from each cinema or on their respective websites.

*Hamilton tickets purchasable at cinema only.