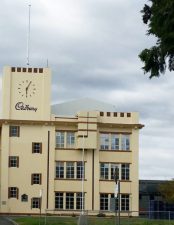 Mondelēz International is investing millions in Hobart’s Cadbury chocolate factory while pushing ahead with plans to close its Dunedin production line.

The company announced that the money would buy new equipment to produce two new lines at the Claremont plant in Hobart, while the southern New Zealand site is due to close next year.

“Over the past five years, we have invested $110 million in Tasmania, and are announcing a further $75 million commitment to be spent over the next 18 months,” Amanda Banfield, Area Vice President said. “Our team here has worked hard to help us become more efficient, cut costs and improve our competitiveness and as a result, we’ve reduced the cost of converting raw materials into a block of chocolate by 12 percent. But while progress has been made, increasing local and global competition, low domestic growth, rising costs, and Australia’s distance from overseas markets make it difficult to compete against the likes of European factories with lower costs.”

The Cadbury factory in Hobart will shed around 50 workers from the factory this year, in the bid to become more competitive. 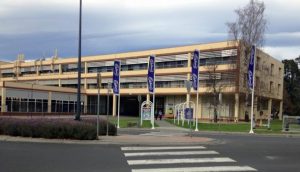 The Tasmanian manufacturing plant was the first Cadbury operation to be set up outside of the UK and has been operating for 95 years.

Mondelēz International has also announced it will go ahead with plans to redevelop and grow Cadbury World to ensure it remains a key Dunedin tourist attraction.

Following the decision to end manufacturing operations in Dunedin, which will take effect in March 2018, the company has worked with tourism experts and community leaders to ensure the landmark site remains a lasting legacy for the Dunedin community.

New Zealand Country Head, James Kane, confirmed the decision. “The NZ$7 million investment will create an entirely new tourism experience in the historic Castle Street Old Dairy, which is being refurbished to provide a new home for Cadbury World. We hope to double the number of full-time equivalent roles from about 25 to 50. Visitor numbers are expected to go from 110,000 to over 180,000 per year, ensuring it remains one of Dunedin’s most popular tourist attractions and a popular meeting place for the local community.

“The decision to end local operations has been a difficult one for our people and the business, however our investment in Cadbury World ensures an important part of Dunedin’s growing tourism sector remains in the city,” said Mr. Kane.

Approximately 75% of the project budget will be invested with local suppliers with the project to be completed by late-2018.

Mondelēz has also committed to retaining many of the events that currently form part of the Cadbury Chocolate Carnival via a calendar of events throughout the year. Mondelēz will now work with stakeholders – including community partners – to identify the events from the Cadbury Chocolate Carnival that could feature as part of the calendar of events.