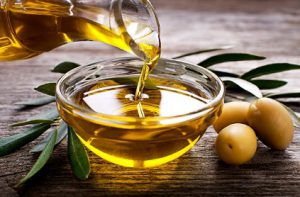 The price of olive oil from Europe is set to rise in the coming months and it’s unavoidable due to poor Mediterranean harvests creating an international shortfall, says Sam Aitken, Managing Director of William Aitken & Co – importer of Lupi olive oil.

“Mediterranean growers have been hit with a number of things that have impacted on their yields and ability to supply. The latest being the severe drought that Southern Europe is enduring,” says Aitken.

“Olives are a biennial plant, where a poor crop one year is usually followed by a bountiful crop the following year. For Spain and Italy, the 2016/17 crop was poor but because of the drought, forecasts are now for another poor crop in 2017/18.

“The International Olive Oil Council is now forecasting that Italian production could drop as much as 60%. However more concerning is what’s happening in Spain given it produces more than half of the world’s olive oil.”

He says a strain of bacteria that destroys olive trees has now been discovered in mainland Spain – threatening the country’s 340 million olive trees. Olive groves are now being taken out and emergency measures are in place to prevent the disease spreading.

Market volatility is not new. International olive oil prices have fluctuated significantly over the past five years, with an overall decline in global production. Aitken believes these latest issues will only further impact international supply and prices for some time. At the same time, global demand for olive oil is increasing with its popularity.

“As importers, we try to absorb normal seasonal cost fluctuations, but these issues affecting production in the Mediterranean are now seriously compounding and will inevitably hit New Zealand consumers.

“However, we’re encouraging people to avoid trading down to lesser products if they can avoid it. The international price of olive oil will always fluctuate and people should not be put off.

Aitken says major medical and scientific studies continue to show the significant health benefits the likes of extra virgin olive oil can deliver and despite any price rises, it will remain good value for money.

“We’re the exclusive importer of Lupi olive oil and we’re witnessing great growth in our premium products. Kiwis are waking up to the health benefits and the fact that a bottle of extra virgin olive oil only costs as much as an average bottle of wine, but lasts in the pantry for months. Consumers are also getting a lot more discerning around taste too.

“Lupi prides itself on its careful blending to ensure an absolute consistency of flavour and premium quality from season to season. Kiwis can be sure Lupi delivers high quality imported Olive Oil backed by Lupi’s reputation and product integrity,” he says.

Aitken says prices across the industry for imported olive oil in New Zealand could rise by around 10% in the coming months.

William Aitken & Co is a four-generation family business, which has been importing and marketing olive oil in New Zealand for 73 years. As well as importing Lupi olive oil, other quality brands it imports include Barilla pasta and Sun-Maid Californian raisins.