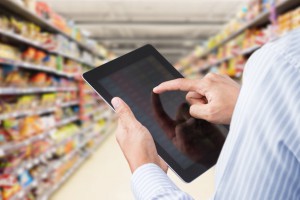 The fast moving consumer goods (FMCG) sector has been named the second most attractive industry to work in, in Australia, at the annual Randstad’s Awards, which were held in Sydney recently.

FMCG held the second position in the country, behind the aviation sector, maintaining a top five position for the past five years, with 41 percent of the 12,000 Australians surveyed in the Randstad Award employer branding research signalled they would like to work in this sector.

Within the top 20 organisations in Australia recognised as “Australia’s Most Attractive Employers”, Nestle performed the strongest in sixth position, with Coca-Cola Amatil ranking eighth place and Mondelez, which incorporates Cadbury, Vegemite, and Philadelphia, taking the 20th spot.

Steve Shepherd, employment market Analyst at Randstad Australia, believes that despite missing out on the top spot, businesses within the FMCG space continue to do an impressive job in building strong brands, strengthening their corporate image and reputation, which in turn attracts great talent.

According to the more than 12,000 Australians surveyed as part of the annual Randstad Award research, the FMCG sector is particularly attractive when it comes to having a pleasant working atmosphere, providing a good work life balance, and offering a financially healthy career.

“All businesses, whether large or small, have characteristics and qualities which form the basis of its image, brand and reputation. To be as appealing as possible to potential employees, organisations need to promote these defining characteristics through every aspect of its marketing, communication, HR and employer branding strategies, something the FMCG sector does very well,” said Shepherd.