The Advertising Standards Authority has released its annual tally of where New Zealand clients and agencies have spread their media investment in 2016.

While total industry adspend remains static at $2.5billion, digital revenue continues its strong march in recent years and takes the top spot with 34.6% ($783million) and a 3% increase on 2015.

This does not include digital spend now allocated to other media such as catch-up TV, digital radio or spend in digital print products, this adds another $108million to the total digital pool in New Zealand.

(Have we mentioned our great digital offerings at FMCG Business? Contact Joel for more: jbremner@intermedianz.co.nz)

Television and newspapers long dominated NZ adspend but have now been relegated to second and third spots at $559million and $417million respectively.

Magazines and radio have remained relatively stable while there has been growth in the Outdoor category from 3.7% in 2015 to 4.6% in 2016.

The Election will play an important role in 2017, usually with a slight slowdown of spending leading into the election date and then solidly into Labour Weekend and Christmas.

No Q3 surprises from TVNZ

The TVNZ new season and ratecard for the July – September 2017 period were also released recently with few surprises.

In terms of pricing there are some dramatic drops in the cost of advertising in the daytime offpeak zone. These were countered with increases in peak of 6.3% on TVNZ1 and 4.1% on TVNZ2.

Programming highlights include short-run series such as The Replacements and Dear Murderer plus the return of Filthy Rich, Shortland St and Masterchef Australia.

Radio results are in

Released on May 4th, the latest radio surveys are in and show that radio listening is still strong in New Zealand with nearly 80% of Kiwis (10+) still tuning in.

For the lucrative 25-54 audience

Mike Hoskings wins the Breakfast zone with 12.8% share of the available audience with More FM second.

It’s great to see that radio continues to hold its own! 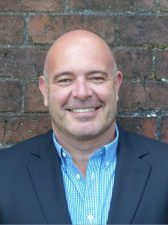