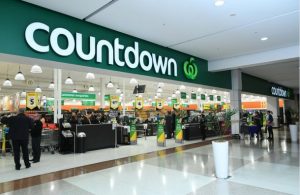 As part of the re-opening celebrations today, students from Manuka Primary School performed a special kapa haka, and a $500 food donation was gifted to The Salvation Army as part of Countdowns Food Rescue programme.

Countdown Glenfield is equipped with energy efficient fittings and equipment, including the next generation of energy and carbon refrigeration. Countdown’s transcritical refrigeration system only uses naturally existing carbon dioxide which is a true natural refrigerant system that has zero greenhouse gas emissions. 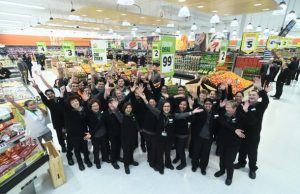 Auckland Councillor Richard Hills, officially re-opened the store this morning, and congratulated the Countdown Glenfield team on their successful re-launch. “The newly refurbished store looks fantastic, and I have no doubt that it will be very well received by Glenfield locals. It’s great to see businesses such as Countdown investing in our community, reducing carbon emissions, becoming more energy efficient and improving the experience for their customers” says Hills.

Countdown Glenfield Store Manager Nicky Bartlett says she and her team have been working tirelessly to get the store ready and are very excited to re-open the store.

Glenfield is part of Countdown’s continued commitment to investing in its existing store network around New Zealand, with more work happening around the country to upgrade stores.