Motutapu Island has suffered significant damage to its conservation projects following recent storms. Now, a planting programme is in the process of re-opening thanks to support of Motutapu Restoration Trust (MRT) volunteers, the Department of Conservation (DOC) and new sponsor Dole.

Tucked away behind Auckland landmark Rangitoto, the 1509-hectare Motutapu Island is the site of one of New Zealand’s largest ecological restoration projects. The island’s 100 hectares of native forest, planted by Motutapu Restoration Trust volunteers over the last 24 years, is home to growing populations of some of the country’s rarest native species.

Support from global fruit provider, Dole, will allow the Motutapu Restoration Trust to further develop habitats to achieve its long-term goal of creating sustainable populations of takahē, Coromandel brown kiwi, tieke (saddlebacks) and other threatened species. These threatened native birds are able to breed safely on Motutapu because DOC removed pests – including stoats, rats and possums – from Motutapu and Rangitoto. 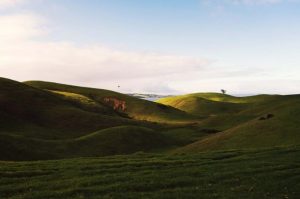 Brett Butland, Chair of Motutapu Restoration Trust, says the contribution of sponsorships such as Dole are crucial to the Trust’s operations. “The volunteer army effort must be supported by having the right equipment, site preparation and transport,” he says.

“The Trust greatly appreciates the sponsorship of Dole as it means we can spend funds on the issues of greatest importance for the restoration of the island – such as when the nursery irrigation system breaks down. As a charitable trust, all such funds are invested into the island.”

Dole’s support and investment in Motutapu reflects the company’s commitment to conservation and sustainability in New Zealand.

Dole Food Company, Inc is the world’s largest producer of fruit and vegetables. The company’s history goes back to the nineteenth century, when founder James Dole, made the pledge, “We have built this company on quality, and quality, and quality.” It’s a pledge that has been honoured since day one.

Fast forward to the present day, and Dole New Zealand operates as a subsidiary of Dole Asia Holding Pte. The Fresh Division and Dole Worldwide Packaged Division are now part of the Itochu Company of Japan.